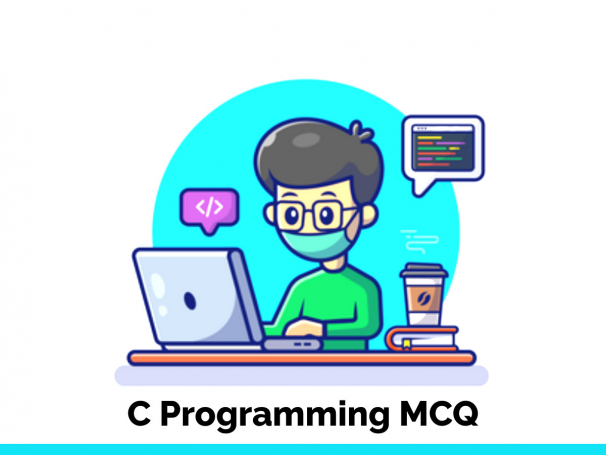 1. Can we declare function inside structure of c programming?

View Answer
No
We can't declare a function inside the structure of c programming.

2. Which of the following cannot be a structure member?

4. Which of the following is not a valid variable name in C Programming?

5. Which of the following declaration is not supported by C language?

7. What is the output of the following C code?

8. What is the output of the following C function?

9. scanf() is a predefined function in stdio. h header file.

11. What is the output of following C Code?

View Answer
In while loop 2

12. Which of the following is an array initialized in C language?

13. What is the return type of the fopen() function in C?

15. What will be the output of the following code snippet?

View Answer
All of the Above

18. Which of the follwoing is valid expression in c language?

19. Which of the following is the first operating system designed using C programming language?

20. Which of the following is not a correct variable type?

What is C Programming Language?

The History of C Programming Language

C Programming language was created in 1970’s by Dennis Ritchie. It is considered as the successor of B language. C was originally developed to write an Operating System called UNIX. The UNIX Operating System development started in year 1969 and its code was rewritten in C in the year 1972.

What is C language used for?

It can be used to develop software like operating systems, databases, compilers and so on. This language is machine Independent and extensively used to write various applications, Operating Systems and other complex programs like Oracle Database, Git, Python interpreter and more.

Why you should consider learning C?

C is Powerful and Flexible

C is highly flexible and machine Independent. It is universal and programs written in it can be compiled and run across many platforms, architectures and a variety of machines without losing any performance.

This makes C a great choice for creating systems and programs where performance really matters.

Thanks for reading here the best C Programming MCQ Questions. We hope that these multiple-choice questions will prove to be very beneficial for your exam and interview preparation. You can also share these questions with your friends and classmates. If you find any errors in these questions, then you can give your suggestions in the comment box given below. We will try to solve that error as soon as possible.