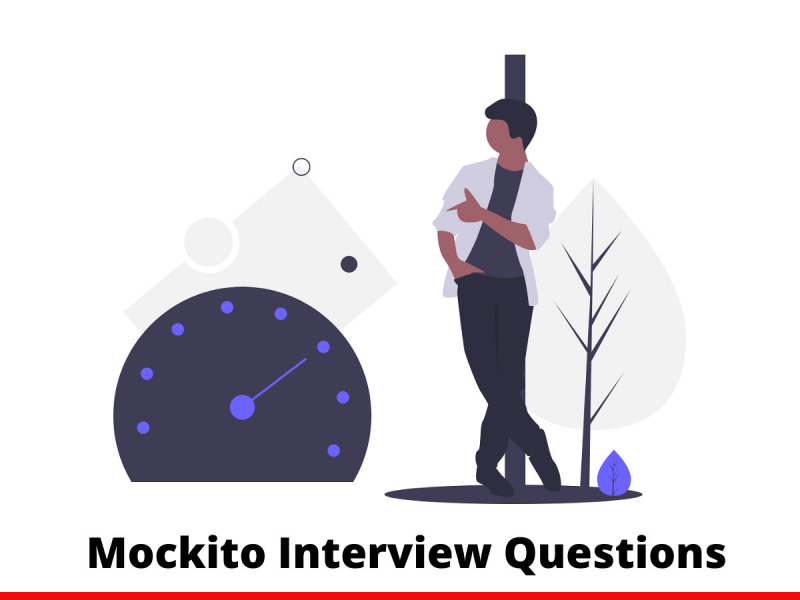 Below are the list of Best Mockito Interview Questions and Answers

Some of the benefits of Mockito are,

3) What is mocking in testing?

4) What is difference between Assert and Verify in mockito?

Both statements are used to add validations to the test methods in the test suites but they differ in the following.

The Assert command is used to validate critical functionality. If this validation fails, then the execution of that test method is stopped and marked as failed.

Some limitations of the mockito are,

The Mock() method is used to create and inject the mocked instances. It gives you boilerplate assignments to work with these instances. The other way of creating the instances is using the @mock annotations.

7) What is ArgumentCaptor in Mockito?

ArgumentCaptor is a class that is used to capture the argument values for future assertions. This class is defined in the org.mockito package and can be imported from it.

Some of the methods present in this class are

Hamcrest is a framework used for writing customized assertion matchers in the Java programming language. It allows the match rules to be defined declaratively. This makes the hamcrest valuable in UI validation, data filtering, writing flexible tests, etc. It can also be used with mock objects by using adaptors. Hamcrest can also e used with JUnit and TestNG.

Some of the Mockito annotations are,

PowerMock is a Java framework for unit testing purposes. This framework extends from other mock libraries with more powerful capabilities. It uses custom classloader and bytecode manipulation for mocking the static methods, constructors, final classes, private methods, and more. It normally lets you test the code that is regarded as untestable.

Some other perks you get with EasyMock are