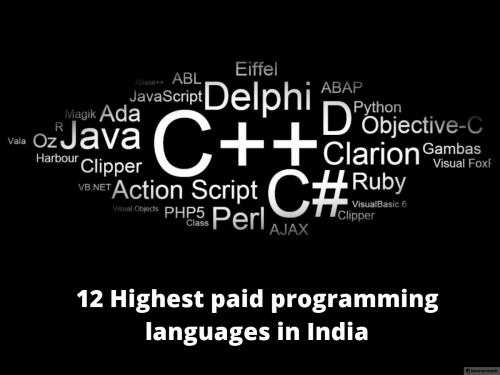 After the market research, I have come up with the 12 highest-paid programming languages for you. Let us have a look at the details below Java is one of the most popular and widely adopted programming languages that people take up as their career option in India. Java is being used by roughly 9 million developers for around 7 billion devices in the whole world. The craze for a java programming language is due to the reason many developers use it in native Android applications. This language gives you simplified and readable flexibility. With object-oriented programming, it becomes much easy for anyone to understand the fundamentals. Java is also the powerhouse of the future since it is compatible with many of software.  Learning and working in the Java platform is sure to get you high pay here in India. You can always have online tutorials and courses and certifications to enhance yourself in the language. Moreover, JavaScript is embedded with software which includes server-side and databases and runtime environments available for desktop and mobile applications. You can be sure to get many jobs and a good pay as a JavaScript resource. It is worth learning the language. 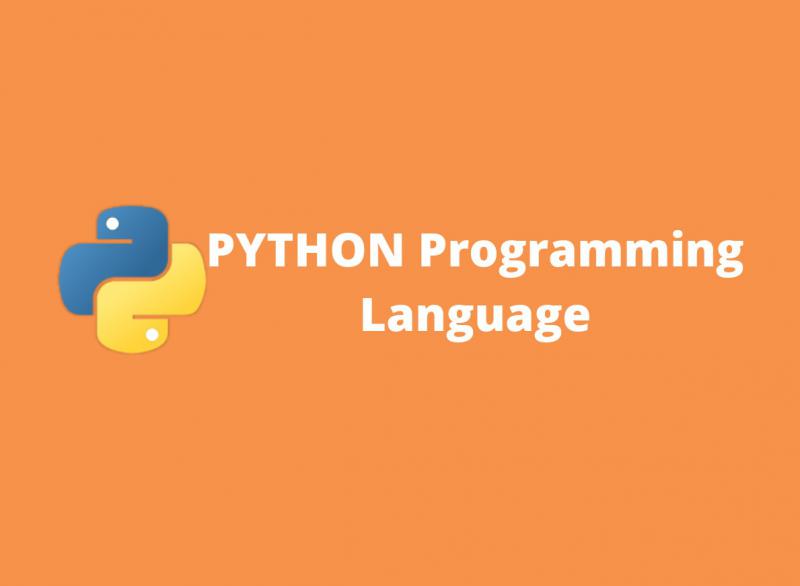 Python is another high-level programming language that is capturing the Indian market. In fact, not only in India but it is also popularly used worldwide. Python supports programming paradigms which include imperative, object-oriented, procedural and functional standard library functions. You can also use the reference implementation of Python, which is CPython, available as an open source software. It is actually very simple and readable just like the English language.

If you want to start it as your career, you would get a high pay. It is a very useful language for the beginners. You get plenty of courses available online for Python. There are numerous applications based on Python and many of the companies are using it worldwide. You would be surprised, that Google too uses Python a lot. Yes, it is definitely a good choice to start with this high paid programming language. 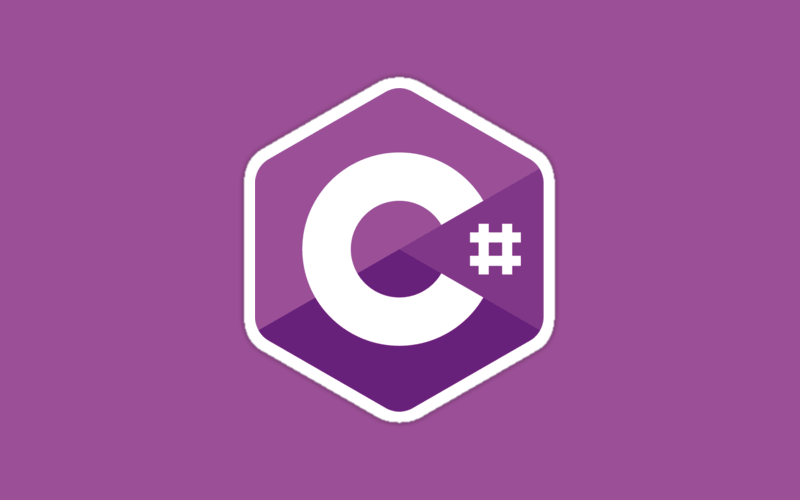 Another quite demanding programming language is the C# which is pronounced as C-sharp. It is one of the versatile corporate languages. You would mostly find many of the developers with the C# skill as their domain. That is because it is very easy and popular. C# is an object-oriented programming language and is used by Microsoft rather.Net framework. This language implements strong type checking, the checking of array bounds and automatic garbage collection. Moreover, you will find C# to be robust, portable, durable which also helps in increasing the productivity of the developers.

You would find C# implementation is almost every company as it is a very stable language. And hence a high paid programming language.

Swift is a new programming language that is been developed by Apple in 2014, especially for iOS, OS X, macOS, tvOS, Linux, and watchOS developers. This was formed merely to support the core concepts that are associated with the objective of C, late binding extensible programming, and dynamic dispatch. Swift has made things much easy to catch the bugs of the software. Moreover, with the help of Swift, you can also get hold of null pointers, programming errors, protocol extensibility, structs, and classes. And the best part is since it is specifically for iOS, your apple mobiles are a great start.

It has almost captured the market and is slowing booking up. Swift is shifting itself up as one of the highest-paid programming languages in India. 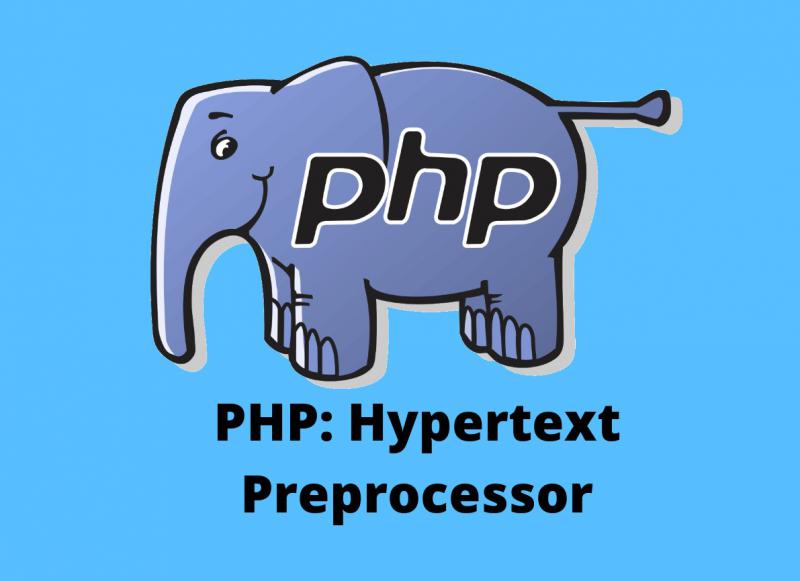 PHP is another most demanding programming language. The reason for its demand is that it is much easy to learn as well as use. You would get plenty of PHP developers now a day with good pay. If you compare PHP with Java, Python or .Net, it is much easier than these also. PHP is open-source and stable. That is the reason PHP developers have much demand worldwide.

Practical Extraction and Reporting Language is popularly known as PERL, is a highly dynamic programming language designed specifically for text editing. It is one of the emerging programming languages in the Indian market and is undoubtedly a high-paid language. It is used for various purposes. Some of it like web development, network programming, Linux system administration, etc. Perl is easy to learn and much easy to implement as it runs on any operating system where the Perl interpreter has been installed. In fact, you would find Perl preinstalled for many operating systems like Linux, Unix, and Mac OS.  If it is not preinstalled for other operating systems like Windows, it can easily be uninstalled and used. Perl is a Common Gateway interface language as it supports string parsing and regular expressions. 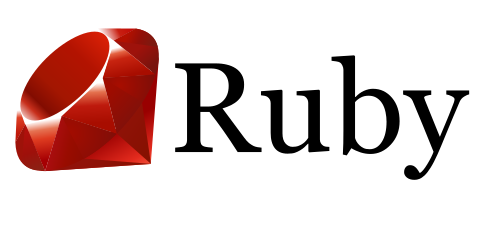 Ruby is a general-purpose programming language that is best known for its web programming. It has many of the qualities such as rapid development, less of codes and the 3rd party libraries are widely available. Rails is a framework that works on Ruby language and makes life much easier for developers. Ruby programming language is extensively used by larger to smaller startup companies. To name a few who runs their web application on Ruby are Living Social, GitHub, Twitter, and Hulu. It is slowly but surely booming up the market which is in high demand. 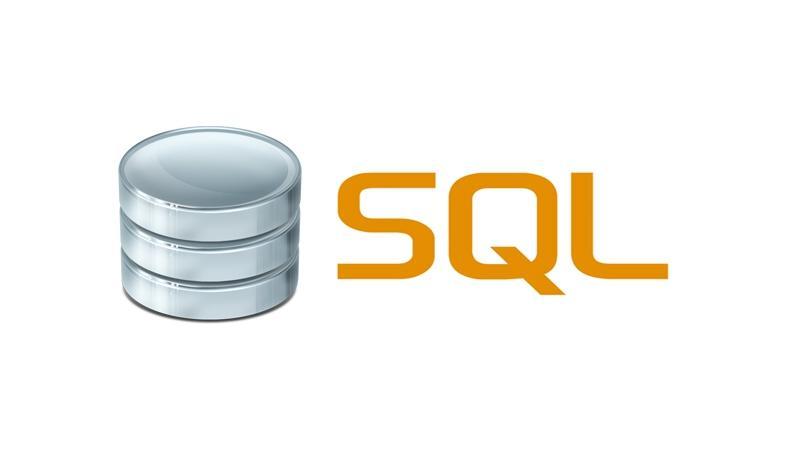 Every application must have a database to store its data values. And to fetch these data to the applications, SQL is very commonly used.  SQL is a computer programming language aimed mainly to store, manipulate, and querying data stored in relational databases. It is a domain-specific language that is used in programming and designed for managing data held in a relational database management system (RDBMS). SQL is a set-based, declarative programming language particularly useful in handling structured data.

Hence, SQL is demanding as it stands as a medium between the application and its data and so it stands out to be one of the major high-pay programming languages. Get a grasp of it and get yourself absorbed as one of the best specialists. 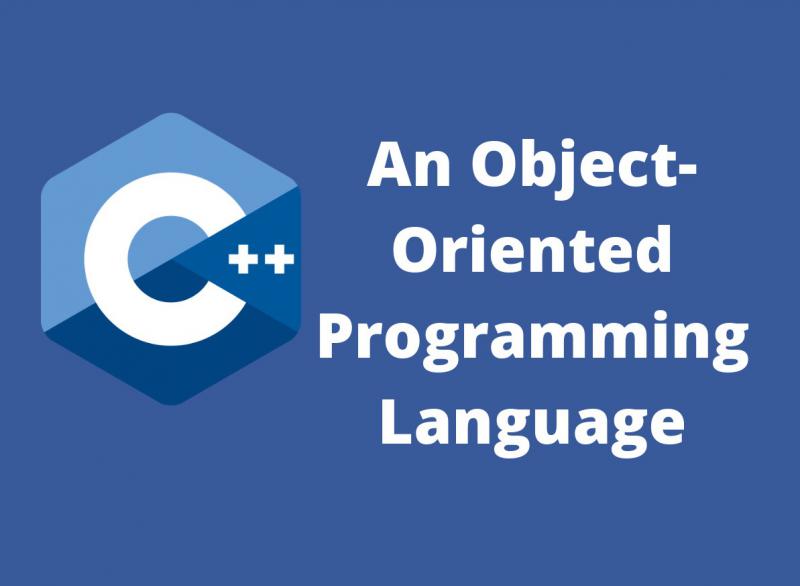 C++ is an object-oriented programming language. It is a statically typed, free-form, and intermediate-level general-purpose middle-level programming language as it encapsulates both high- and low-level language features. C++ is one of the most popular languages primarily used with system or application software, drivers, client-server applications, and embedded firewire. It is a collection of predefined classes, which are data types that can be instantiated multiple times.

The C++ language consists of two main components; a direct mapping of hardware features provided primarily by the C subset and zero-overhead abstractions based on those mappings. You might get many developers who work in C++. In fact, the basis of any programming language starts with C and C++.

You can undoubtedly go to choose C++ in your career as it is one of the most promising, stabilized, and high-paid programming languages.

GO is mainly a procedural programming language and is a statically typed compiled language. Go in the tradition of C supports with memory safety, garbage collection, structural typing, and CSP- style concurrency. Go includes the same sort of debugging, testing, and code-vetting tools as other language distributions. It also includes profiling and debugging support, runtime instrumentation, and a race condition tester.

There are many open-source applications in Go, some notable is- Caddy, Cockroach DB, Docker, Hugo, Influx DB, Decred, Juju, Snappy, Kubernetes, and Syncthing. Some notable companies and sites that use Go are MongoDB, Cacoo, Chango, Google, Heroku, CoreOS, CloudFlare, Netflix, Novartis, and Uber. 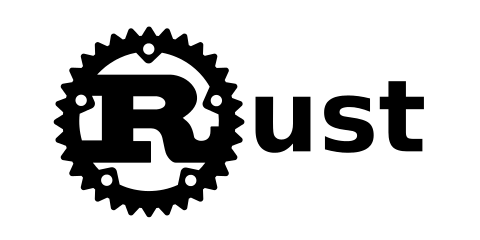