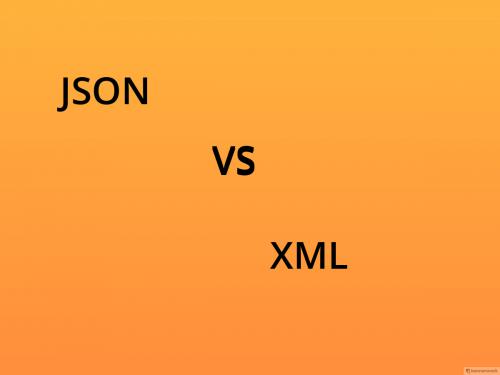 JSON, or JavaScript Object Notation, is a file format in the open standard way that uses text that can be understood by humans to transmit data objects consisting of pairs of attributes and values as well as array data types.
Extensible Markup Language or XML is a markup language that defines a set of rules for encoding documents in a format that is understood by humans as well as machines. It is also used to describe data, create information formats, and electronically share structured data through the public Internet or corporate networks.

Following are some basic differences between JSON and XML

It is so believed that as there was still a lot of hype about the Web in 1998; XML became popular due to its shallow resemblance to HTML. It is considered a strange design choice to try to apply to a hierarchical data syntax that is actually designed for convenient markup. Perhaps, the over-application of XML in many aspects of the technology has diminished its real value. The wide usage of JavaScript for web development is thus a bonus to JSON.