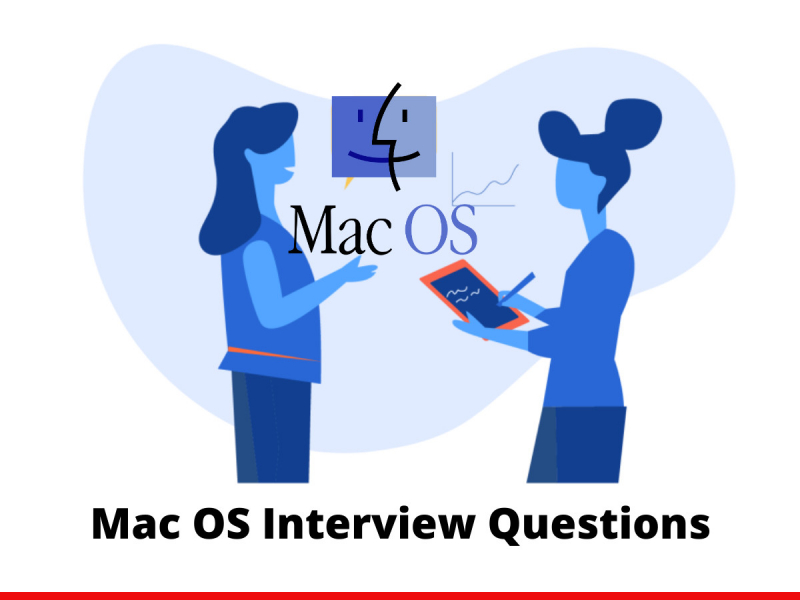 Mac Os First released in 2001, the Mac OS is the second most popular desktop operating system after Microsoft Windows. The Mac is based on the UNIX operating system and is first developed at the NeXT, a company founded by Steve Jobs. With a modular design, new features can be easily added to Mac OS. The current version of the Mac is the Mac OS Catalina, which was released in 2019. Catalina is the first Mac OS version to fully remove the support for the 32-bit applications.

Some of the advantages of using Mac OS are,

Free apps - Mac OS comes with free useful applications like iMovie, Garageband, pages, numbers, keynote, and more. They are powerful productivity apps from Apple that are included with Mac OS.

Less Malware - Compared to windows, Mac OS is less susceptible to malware and other security issues. Some cons of using Mac OS are,

Very expensive to own Mac OS - To use Mac OS, the only way is to buy a Mac. Mac computers are generally more expensive than windows counterparts, so you have to spend more to use it.

Less support for games - Mac OS lacks in games and is not marketed towards gamers.

3) How do you turn off/on Firewall in Mac OS X?

The firewall in the Mac is not enabled by default, unlike the windows counterpart. To enable it,

PPPoE (Point-to-Point Protocol over Ethernet) is a protocol for connecting multiple computers and allow data communication over the Ethernet local area network. Mac OS has support for this protocol. To enable it, Go to the System Preferences and click Network. Click the Add button and then click the Interface pop-up menu. Then choose PPPoE. Then choose the interface from the Ethernet pop-up menu between the wired network or Wi-Fi and click create. Enter information such as the account name, password, and PPPoE service name from your ISP. Finally, click Ok to complete the configuration of the PPPoE connection.

5) What is the FileVault Recovery Key?

Some of the popular versions of Mac OS are,

Some of the popular Mac OS terminal commands are,

Ctrl+A - It goes to the beginning of the line

Ctrl+E - It goes to the end of the line

Ctrl+U - Clear the line before the cursor

Ctrl+K - Clear the line after the cursor

Ctrl+W - Delete the word before the cursor

MacFUSE is a file integration driver that allows you to use third-party file systems with your Mac OS. With the MacFUSE SDK, you can write numerous types of new file systems as user-mode programs. It provides multiple APIs so many existing FUSE file systems can become readily available on the Mac OS. The MacFUSE is used as a software building block by dozens of other software products. The software consists of a kernel extension, different user-space libraries, and tools. It also comes with a C-based, and Objective-C based SDKs.

Some of the basic shortcut keys in the Mac OS are,

Mac OS Catalina needs at least 4GB of RAM memory. It needs 12.5GB of storage space or up to 18.5GB of free space if you are upgrading from the Yosemite Mac OS version. This version is compatible with up to mid-2012 MacBook Pro & Air.

11) What operating system does Mac use?

Mac OS is a Unix-based operating system and uses UNIX at its core.

13) What is the latest version of Mac OS?

The latest version of the Mac OS is Catalina (version 10.15). It is the sixteenth major release of macOS by Apple which was released to the public in October 2019.

14) How to take screenshots on Mac Os?

15) When the first version of Mac Os was released?

The first version of the Mac OS code-named Cheetah was released on March 24, 2001.