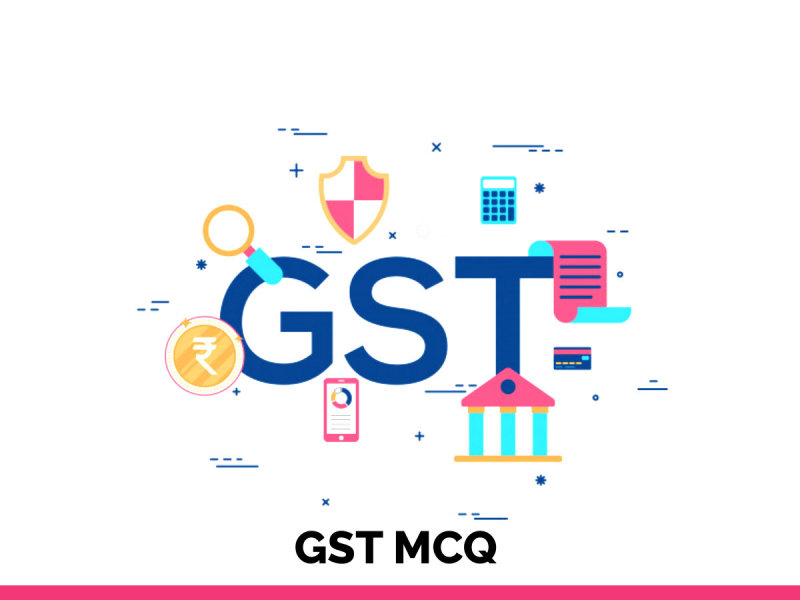 Pratice here the best GST MCQ Questions that check your basic knowledge of GST (Goods & Service Tax). This GST MCQ Test contains 25+ GST Multiple Choice Questions. You have to select the right answer to the question to check your final preparation for your exams. Apart from this, you can also download GST MCQ PDF below completely free.

2. GST is implemented in india on

3. What are the taxes levied on an Intra-State Supply?

4. what is the maximum rate of cgst prescribed under cgst act 2017?

6. How many types of taxes will be in Indian GST?

7. The full form of hsn code in gst is

8. The concept of Goods and Services Tax (GST) originated from which country?

9. Which of the following tax was abolished by GST?

10. Which of the following tax rates is not applicable under GST?

13. Which constitutional amendment has been done to pass the GST bill?

View Answer
Goods are sold within a state

What is GST in explain?

GST stands for "Goods and Services Tax." It is a value-added tax that is applied to goods and services in India. GST is intended to simplify and streamline the taxation system by replacing a number of different taxes that were previously imposed at the state and federal levels. Under GST, goods and services are taxed at a single rate, rather than at multiple rates, as was the case under the previous system. GST is administered by the Central Board of Indirect Taxes and Customs (CBIC) and is governed by the GST Council, which is made up of representatives from the central and state governments.

The concept of a Goods and Services Tax (GST) in India has been under consideration for several decades. In 2000, the then Union Finance Minister, presented the first GST model in India. The Empowered Committee of State Finance Ministers was set up in 2000 to examine and make recommendations on GST.

Finally, on July 1, 2017, , the GST was implemented in India, replacing multiple taxes such as Value Added Tax (VAT), Central Sales Tax (CST), Service Tax, and Excise Duty. The GST Council, comprising representatives of the central and state governments, was set up to make recommendations on GST rates for various goods and services.

The GST has undergone several changes and modifications since its implementation, including changes in tax rates and the simplification of the GST, return filing process.

There are three types of GST in India:

Additionally, there are two more types of GST: