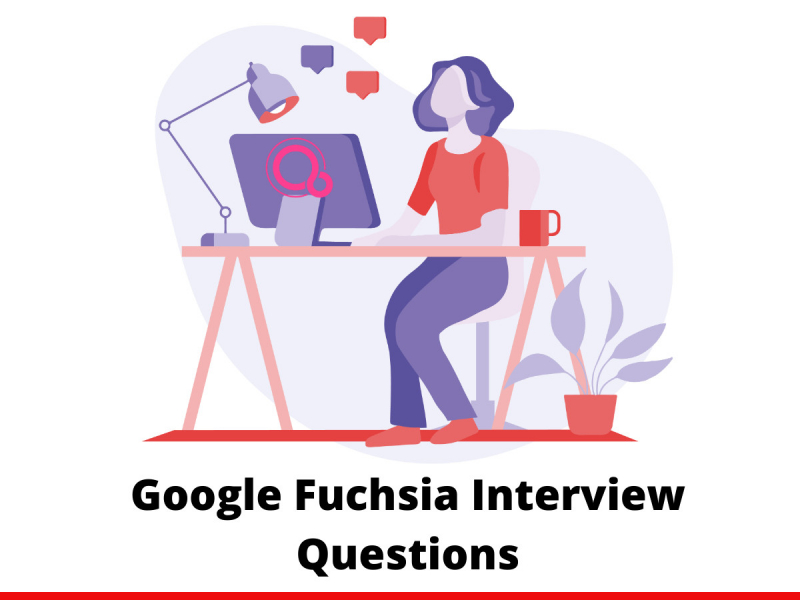 1) What is Google fuchsia?

Google Fuchsia is an open-source operating system still in development. First appeared on Git in 2016, this open-source OS is intended to run on ARM64, X86-64. Based on the Zircon kernel, the Fuchsia’s interface and apps are written with Flutter. The name Fuchsia is derived from color "Pink + Purple", which is the code name for Apple’s first object-oriented OS and original iPhone. Right now, this OS is intended to run on many hardware such as embedded systems, smartphones, tablers, and personal computers.

2) In which programming language fuchsia is written?

3) Which command is used to Build Fuchsia?

The "fx" command is used to build Fuchsia.

Tun (network TUNel) and Tap (network TAP) are virtual network kernel interfaces that are used to provide packet reception and transmission for user space programs. These virtual kernel devices are needed to enable in VPS for VPN configuration. It is also used in System virtualization/emulation packages. The TUN devices work at the IP level while the TAP devices work at the Ethernet level.

5) How to start emulator in fuchsia?

To start Fuchsia in an emulator, you need to have an Android emulator, preconfigured Vulkan drivers for GPU, git, and Fuchsia source tree. Then, you have to build the files using the following commands,

Zircon is a kernel that powers the Fuchsia OS. It is composed of microkernels and other ser of drivers, libraries, and userspace services which are necessary for different operations like system booting, hardware communication, loading userspace processes and running them, etc. Formally called Magenta, Zircon kernel is used by Google to build the Fuschia OS from scratch.

7) What is little kernel?

Little Kernel is an operating system used in small embedded devices, bootloaders, etc. It is mainly used where OS primitives like threads, mutexes, and timers are needed. This tiny OS keeps things small and lightweight. They come in small sizes such as 15-20 B in embedded ARM platforms. They are now used in Android bootloader and as default bootloader in some ARM SoC manufacturers. Zircon, a microkernel used in Fuchsia Operating System also based on Little kernel.