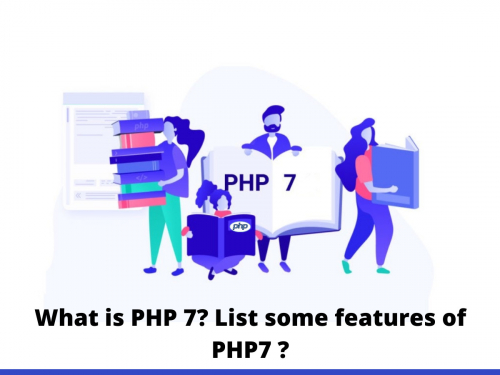 PHP7 is the latest version of popular PHP programming language that is considered to be the most sought-after versions till date. Released in December 2015, it is breakthrough in the world of programing language as it offers interesting features, fast performance, less deprecated functions, etc. More than 80% web developers rely on PHP language for their websites which reflects the fact that it is the most popular programing language. The advent of the latest version has been extremely crucial for web developers as it offers several benefits to them-

Here are some of the best features of PHP7:

PHP7 has added scalar type hints such as int, strings, Boolean, etc in its long list of features. Earlier type hints were not available in previous versions, classes, arrays. This new addition to PHP has allowed coders to write correct and better PHP programs and ensures input consistency of the function. Coercive mode restricts PHP from giving a type error when the conversion is possible but types don’t match. Strict mode displays type error when signatures don’t match.

To stimulate this function, we put a colon before opening curly brace. It ensures output consistency and works same as type hints.

Anonymous classes can now be defined by new class and is used in place of full-class definition.

Closure are anonymous functions that act as callbacks for later executions. Call methods in PHP7 have aided the process for coders.

Thus, PHP7 is one of the most preferred languages for developers in 2018.

CMS: Content Management System allows publishing, editing, modifying and maintaining content via a central interface. CMS is used to avoid complete coding for building the site from scratch. Some pre...

PHP has a lot of features and benefits for the developers that help them design or develop more and more options and features for the consumers. E-commerce, as we all know, is exponentially growing wi..

Installing Apache PHP MySQL on Ubuntu 18.04:In this article, we are going to see how to create a LAMP stack environment on Ubuntu 18.04. Note: In order to run commands to install Lamp stack you need r..