App Crash: How to ensure the stability of app? 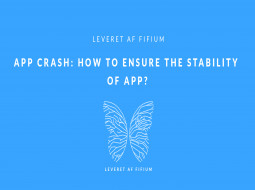 App crashes cause stress for app developers, and even top mobile apps are victim of this. To retain users on mobile apps, your mobile app should be stable. App crash annoys both users and developers. You can get rid of app crash and ensure the app’s stability.  In this post, we are discussing some method to ensure app stability.

The primary cause of app crash is insufficient memory. All users don’t possess high-end mobile phones. That’s why your app should not require memory management.

You might be curious that how can you do this?

Find the major chunk of data in your app and analyze that these structures are necessary. After analyzing remove unnecessary data chunks. Also, Organize the network requests, and ensure that they are small enough to prevent device overloading. To save memory, eliminate the features that don’t add value to the mobile app.

Mostly users uninstall the app because of bugs. To retain users on your app, you should ensure higher-level user experience. You should fix all the bugs and crashes.

You can look at possible errors by monitoring your IIS (Internet Information Server) Performance. You can identify different bugs by using it. You can also control some of those bugs. For instance, you can inform users about the Loss of Wifi connection, occurred during the file transfer.

Though, errors occurred due to the unexpected app behaviour can be identified by app monitoring tools. These tools are used to identify the behaviour resulted into app crash.

The success and failure of the mobile app depends upon the user experience. Your app should provide prompt responses and immediate feedback. Maintain higher consistency in the app’s UI.

Your app should be device compatible. So, perform a comprehensive mobile app testing to ensure app compatibility with different mobile devices, before the app launch.

Some mobile apps need a strong internet connection, while some apps can run on even poor network connection. Mobile app developers test app on fast internet network. When later it runs on the slow network then app faces a crash. So, check the network speed requirement of the app.

Consider these points to prevent app crash. We at Fifium, comprehend the need of bug-free mobile app and provide mobile apps with seamless UI. To know more about mobile app development, get in touch with us.