An Introduction to Laravel Homestead 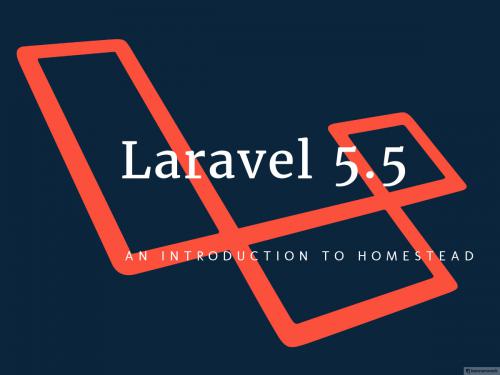 What is Homestead in Laravel

Homestead is a project designed to facilitate the work of programmers creating applications and websites in the Laravel framework. Its main task is to save time by testing the product at its creation stage. Homestead in English means farm (farm) or home. Thus, it is a collection of functional packages that make up the whole system designed to serve human beings during programming.

Homestead is a ready-to-use operating system with installed programs that you need to run your application. The configured system is started by Virtualbox. This creates a virtual system available via the graphical interface or SSH connection. Homestead on the day of this article is a collection of programs PHP7.0, MySQL, Composer, Redis and other programs installed on Linux Ubuntu 14. Homestead programs are installed to support the applications developed in the Laravel framework. Setting up a ready, configured, and operating system other than a working workstation takes just minutes.

Imagine that the developer creates several serious and elaborate projects. Each project will run on a production server with individual program configurations. To have many local systems with different configurations of programs will simply put a lot of virtual systems.

Running a virtual system consists of several simple steps. The basic and one-off operation is to install  Virtualbox and Vagrant. These programs are available on Windows and Linux. Following are the steps for starting a virtual system:

These are the general steps for starting a virtual server. Installing Virtualbox, Vagrant, and a short Homestead configuration, and several commands replace slow-paced and long-standing preparation of local Linux systems, such as Windows.

Knowing the virtual system and its general application, it is easier to start a tooling adventure that greatly facilitates the developer's work. Homestead is being developed and supported by many people from all over the world. At the time of writing this article, the discussed virtual system is available with the latest programs such as PHP7.0 installed. Also note that Virtualbox and Vagrant are free programs, including commercial applications.

In Laravel, you can think middleware as a system or tool that are used to filter all HTTP requests entering your application. Middleware works between request and response of our application. It sits ..

Creating Ajax based pagination is Laravel 5.6. Ajax (Asynchronous JavaScript and XML) is a technique to update a specific part of webpage asynchronously without reloading the page. In this article, we..

According to Wikipedia Pagination is a process of separating or dividing a document or digital contents into discrete pages. In Core PHP and other frameworks, paginating record is a painful task. Lara..