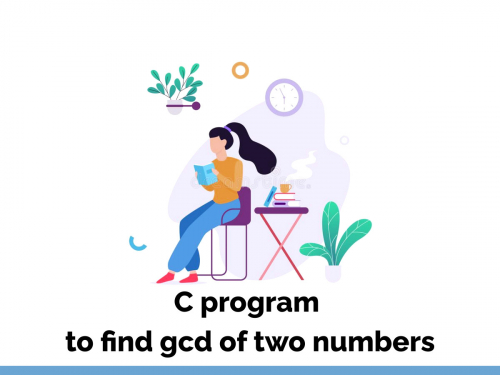 In this article, I will show you how to find the GCD of two numbers with examples and a C Program. This article include the following Table of Contents as follows:

A number is an object that uses digits to perform a mathematical task. Calculus that is a branch of mathematics included many numbers such as integers, whole numbers, real numbers, imaginary numbers so on. Here, I will discuss numbers to perform arithmetic addition operations. Moreover, a Number is a combination of digits, some symbols and decimal points. For instance, 12 and 30 are numbers.

What do you mean by factors?

Factors are numbers or quantity that when multiplied with one another produces a given number or expression.

What do you mean by multiple?

How to find the GCD of two numbers?

Demonstration for GCD of two numbers

C program to find the GCD of two numbers

This Program stores two integers one by one into the int datatype. After that find the Greatest common factor of these two numbers as shown as output.