C Program to Find ASCII Value of a Character

What do you mean by characters in C Programming?

The character set is the fundamental raw material of any language and they are used to represent information. Like natural languages, computer language will also have a well defined character set, which is useful to build the programs. The characters in C are grouped into the following two categories:

Certain ASCII characters are unprintable, which means they are not displayed on the screen or printer. Those characters perform other functions aside from displaying text. Examples are backspacing, moving to a newline, or ringing a bell.

They are used in output statements. Escape sequence usually consists of a backslash and a letter or a combination of digits. An escape sequence is considered as a single character but a valid character constant.

These are employed at the time of execution of the program. Execution characters are always represented by a backslash (\) followed by a character. Note that each one of character constants represents one character, although they consist of two characters. These character combinations are called a escape sequence.

What is ASCII value of a character?

Demonstration for ASCII Value of some Characters 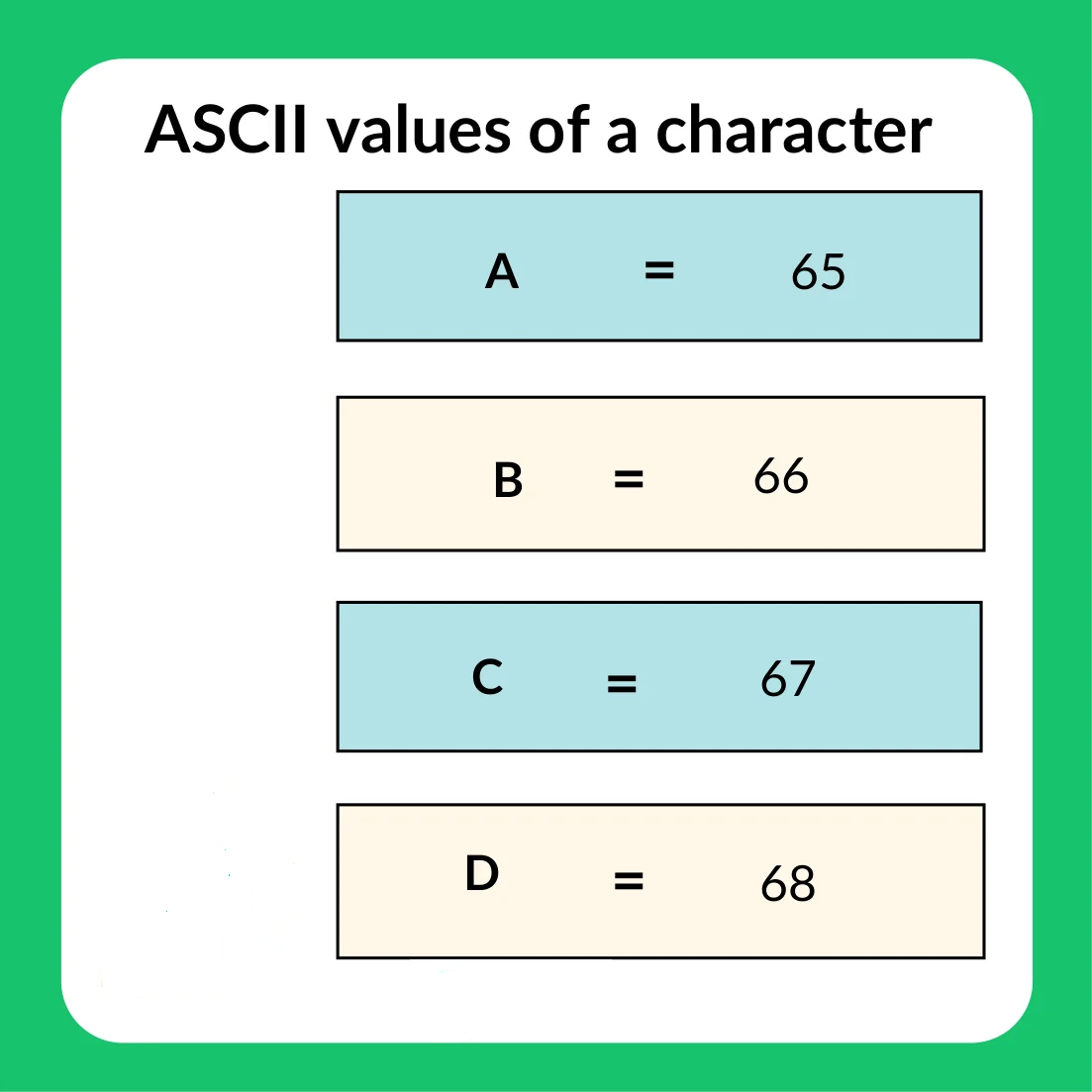 Logic to Find ASCII Value of a Character

C Program to Find ASCII Value of a Character

When the above code is executed, It produces the following results:

In above Program, ask to the user to Kindly insert any character = when user insert 'A' as input then it displays the output as The ASCII value of inserted character = 65