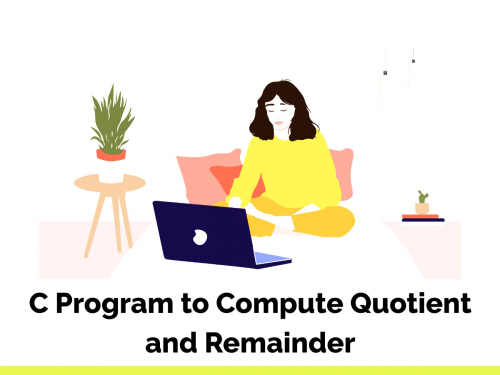 An arithmetical value, expressed by a word, symbol, or figure, representing a particular quantity and used in counting and making calculations.

Integer is a number that can be written without a fractional component.

Integers are generally denoted as Z and can be represented as follows:

What do you know about Division?

Division is one of the four basic operations of arithmetic. The usual written symbol for division is (÷). In spreadsheets and other computer applications the ‘/’ (forward slash) symbol is used. Division is the opposite of multiplication in mathematics. The ten divided by two is written as 10 ÷ 2. This is the same as ‘sharing’ 10 sweets between 2 children. Both children must end up with the same number of sweets. In this example the answer is 5.

10 is considered as the dividend, 2 is divisor and 5 is quotient as well as remainder is 0.

In division we will see the relationship between the dividend, divisor, quotient and remainder.

The Quick rules about Division

In division, The number which we divide is called the < strong > dividend. </strong >

In division, The number by which we divide is called the divisor.

In division, The result obtained is called the quotient.

In division, The number left over is called the remainder.

Demonstration to Compute Quotient and Remainder

The relationship between these four are as follows:

Logic to Compute Quotient and Remainder

When the above code is executed, It produces the following results: