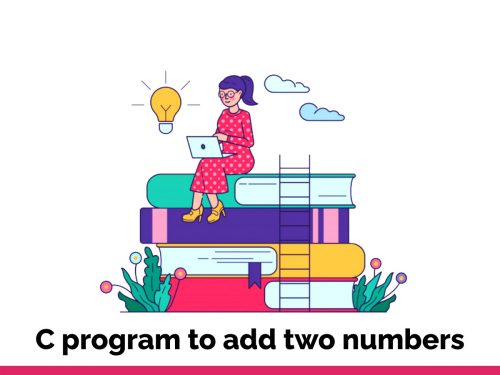 Mathematics is a approach of calculation that uses numerals to perform any task.

Arithmetic is the branch of mathematics dealing with the properties and manipulation of numbers. It has properties of operations such as addition, subtraction, Multiplication, division, modulus, increment and decrement, etc.

Number is an object that uses digits to perform mathematical tasks. Calculus, which is a branch of mathematics includes many numbers such as integers, whole numbers, real numbers, and imaginary numbers, etc. Here, I will discuss about number to perform arithmetic addition operation. Moreover, Number is a combination of digits, some symbols and decimal point. For instance, 127.23 is a decimal number.

Addition is the arithmetic operation which is the action or process of adding the first number to another. Addition is written using the plus sign "+" between the terms. For instance, If you want to add two integers such as 24 and 12 the summation of these two numbers is 36 i.e. 24+12=36. 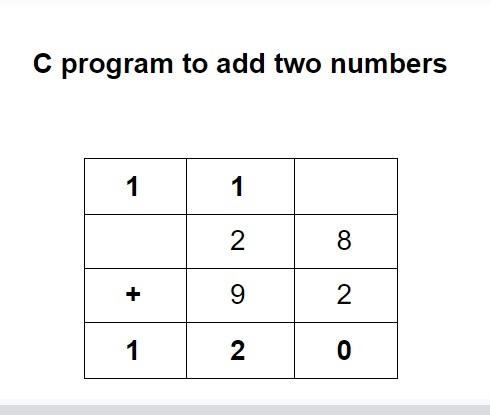 C program to add two integers in a simpler way with output.

Please!Enter First number to that you want to add: 28

Please!Enter Second number to that you want to add: 92

The equivalent addition is 120.

C program to add two real numbers by using a function with output.

C program to add two numbers according to the user's choice with output.

Conclusion: Explanation of This Program with output. The internal working of this program depends upon the previous demonstration of addition of numbers.

This Program stores two integers into the int datatype by using to variables. After that store the sum of these two variables into another variable and display it on the screen.

After the successful compilation of the program, Program sums up the two entered numbers at once.