How to Crack Laravel Interview 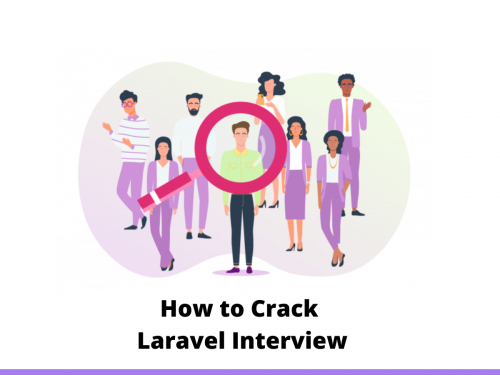 If you want to build your career as a software engineer then for sure you are in need of good command over languages. PHP is one of the most demanded programming languages which is an important aspect of web development and Laravel is also related to that. Those candidates who are looking to seek jobs in this field and are good in the particular language for them we have here brought Laravel interview questions that will help you in learning more about the interview questions and increasing your knowledge.

Laravel is a PHP framework that was developed by Taylor Otwell. It is majorly used in web development and application development by using MVC (model view controller) architectural pattern. There are various versions of Laravel which have advanced features. The first version was launched in 2011 and since then it is being used widely. Laravel is a backend and is helpful in building full-stack apps. Those who want to learn Laravel for them must learn PHP language along with its all aspects.

Features of the Laravel

There are various features of the Laravel framework which have their own use and importance. Each of them has a unique function and role in web development. We are here sharing some of the Laravel features, before going for the interview you can read about the features in detail at interview mocks app.

Their definition is mandatory and is read and you should also have practical knowledge of them. The interviewer can also ask you to write a program code, be prepared for that also.

Why should one use Laravel?

It is one of the majorly asked questions and general stuff to know. As you are going to work on Laravel in the company so you should know its uses.

There is no shortcut to success and it is mandatory to study well and do lots of hard work, only then you will be able to get the desired job. As you want to clear the Laravel interview it is also important that you prepare different questions about it. Interview mocks app is one of the frequently used apps in the market where you can get access to multiple questions and answers on Laravel. Apart from it, this app also allows you to give mock tests for the enhancement of your knowledge and to check your learnings. You can download it for more practice and better evolution.

How to Crack Hindustan Unilever Interview

Hindustan Unilever is India's one of the largest companies and it is not that easy to get recruited in such companies. If you are having adequate knowledge and required skills only then you will be el...

How to crack PHP Interview

If you are good with PHP and have all skills required for a PHP developer then for sure you can go for the interview. There are many big MNC companies and IT industries which have a high requirement f...

How to crack SQL Interview

Have you received a job offer from a top reputed organization? Are you worried about your interview? If yes, then don't worry we are here going to provide you a complete guide on the preparation for t...